Each day we are learning more and more about our little guy Jackson.  Here’s a list of what makes Jackson unique:

Here’s a picture of Mama and with Jackson being ornery today: 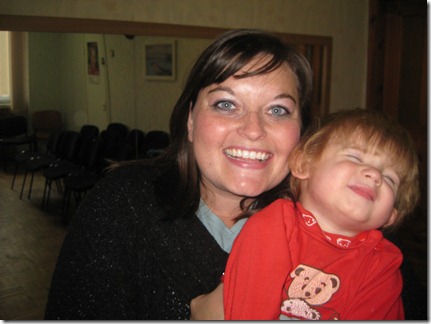